Profitable houses. How apart-hotels will replace the usual renting of apartments from the market

The tendency of apart-hotels has reached Ukraine. Collectively owned hotels capable of providing passive income to those who have $ 60-80 thousand. NV magazine writes about this.

Mikhail, who preferred to stay anonymous , has his own business in Odessa - a chain of small fast food outlets by the sea. They bring good income, and the entrepreneur faces a difficult task: where to invest the income.

The entrepreneur from Odessa didn’t want to carry funds to the bank - he had already lost part of his investments in deposits after the bankruptcy of some financial institutions in 2014-2015. And businessmen are not ready to buy government bonds or domestic loans (OVDP).

“I understand that in case of my sudden death, my family will not be able to do business and, as a result, in the short term, will be left without livelihood,” says the entrepreneur. That is why he bought a room in the Odessa apart-hotel for 2.7 million hryvnias and expects to receive a stable income.

Another Odessa citizen, 55-year-old Konstantin, told a similar story on condition of anonymity. Together with his wife, he rents out four of his own apartments, but there is no desire to continue doing this. But there is a desire to emigrate to Canada for five years, and before that have time to add the accumulated UAH 2.3 million in order to fully provide themselves with passive income upon reaching the age of sixty. He is an Odessa citizen and bought a room in a local apartment-hotel.

Such apartment buildings are hotels with many rooms that belong to different investors. They are attracted by the low entry threshold and no need for active participation in the management of the facility - this is the responsibility of the hotel operator, ensuring profit for himself and the room owners.

There are still few real apartment-hotels in Ukraine - about 10. But there will be more, experts are sure.

Ukrainians, who earned $ 50-60 thousand and didn’t know where to invest it, have been attracted by Georgian developers in recent years. In Batumi, apart-hotels, for example, are built right on the first line from the sea by the Orbi Group company. For potential buyers from Ukraine, they arranged real tours. Flight, accommodation and entertainment program with Georgian dances and snacks, excursions - all this was complimentary , provided that the investors conclude an agreement and buy a room. The amount of investment started at $ 39.2 thousand, and the payback period is 7.5 years on average.

There were no end to Ukrainians who wanted to invest in Batumi hotels. 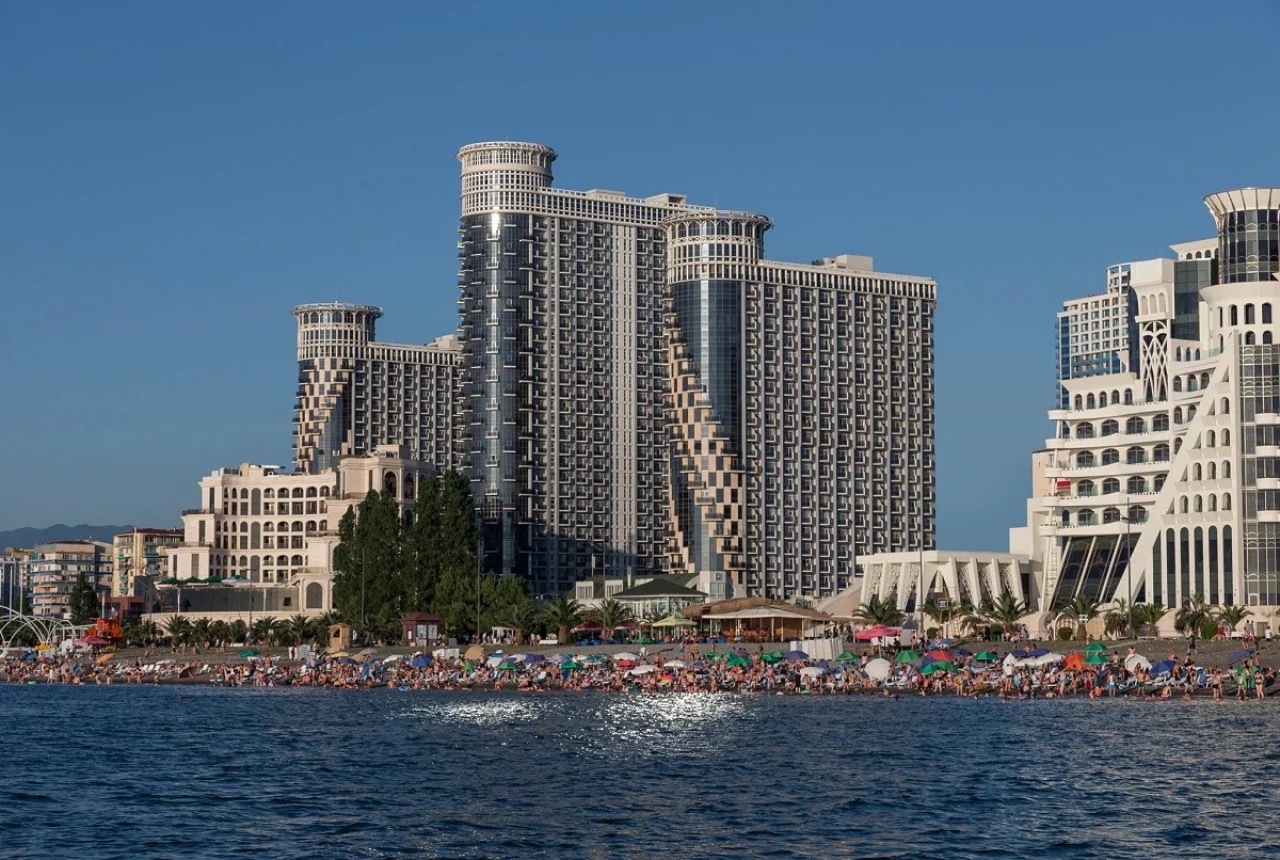 The global tourism market, which was growing by an average of 3-4% per year before pandemic, made the apartment hotel segment promising. In the United States, a similar format appeared in the 1970s and quickly became popular not only there, but also in Asia and Europe, says Marina Leo, strategic development partner of DEOL Partners, hotel operator of the Senator Hotels and Apartments chain, 11 Mirrors Design Hotel and Globe Runner Hotel & Hostel.

Domestic developers decided to build apart-hotels just a few years ago, giving preference to the resort regions of the country. The hotel management company Ribas Hotels Group is now completing a 63-room apart-hotel project in Odessa at the 10th Fontana station. “We will complete the construction and start selling apartments nearly at the end of the year. Their cost will be $ 60-80 thousand, and there are already potential applicants”, says founder, Artur Lupashko. The company also plans to implement three more such projects, one of them will be opened in Zatoka, and two others in the west of the country.

How does it work

Apart-hotels, as developers expect, will eventually be competitors to rental apartments.

Now there are private investors who support the primary real estate market well. Some of them buy apartments at the initial stage of construction and sell them before putting the house into operation, earning 30-50% of the cost of housing. Other clients are renovating and renting out properties in new buildings.

But renting out housing is not that easy. It's necessary to make repairs, find tenants, manage the condition of the apartment and pay utility bills. At the same time, there are no guarantees that clients will not spoil the furniture or endure, for example, a new refrigerator. The tenants are also not sure that they will not be evicted the next day or given the security deposit. Therefore, both sides have to "think twice" and rely on their intuition.

Arthur Lupashko, founder of the Ribas Hotel Group says apartment hotels are a civilized alternative to the rental business. The management company provides a complete set from furniture to bed linen and consumables, finds guests itself, and is engaged in minor repairs. For these services, it receives an average of 25-30% of the profits. Everything else is the dividends of the apartment owners. The payback period for such investments, according to Arthur, is 10-12 years. Hotel rooms can also be sold - in successful properties, their value can rise by 20% after a year of successful work. 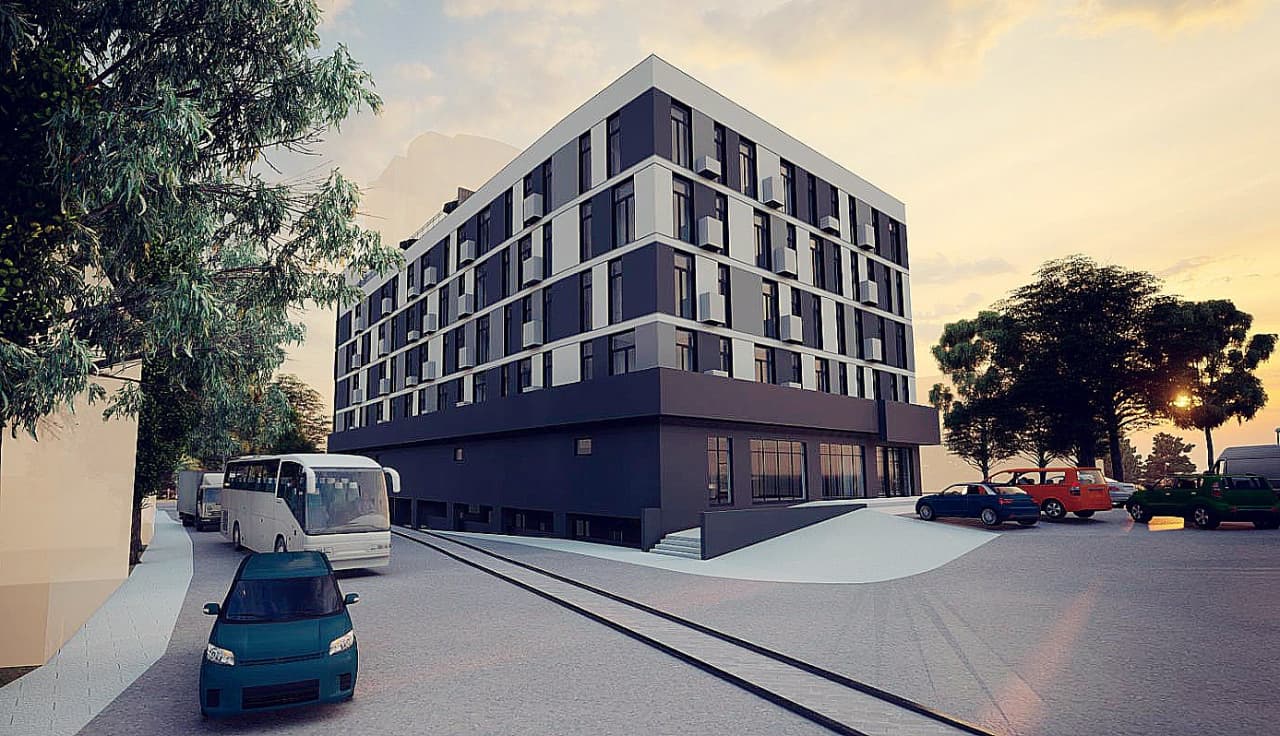 There is another reason why developers are increasingly investing in apart-hotels. Indeed, from a legal point of view, such premises are non-residential. Therefore, hotels can be built on plots not intended for residential development.

Compared to the construction of a classic hotel, apart-hotels have a shorter return on investment, since the sales of rooms start at the initial stage of construction. “In the most successful complexes, the majority of the rooms are sold before the facility is put into operation”, says Natalya Chistyakova, Director of the appraisal and consulting department at Colliers Ukraine.

A very limited number of Ukrainians can still buy a room in an apart-hotel: top managers of large companies, IT specialists and other specialists who are able to save $ 60-80 thousand.

In EU countries, the circle of potential buyers is much wider. “In Poland, middle managers with a salary of $ 3,000 per month buy a room in an apart-hotel every three years. They try to provide themselves with additional income in retirement, ” Arthur says.

Konstantin Oleinik, head of the strategic consulting department of UTG, believes that such a business will develop in the tourist regions in the west and south of the country. But investors still have to consider the possible risks associated with a decreased amount of tourists. So, the COVID-19 pandemic "cost" the industry last year about 60 billion hryvnias, the State Agency for Tourism Development estimated the losses.

Six to seven years ago, 21-25 million foreign travelers came to Ukraine annually, then, against the backdrop of the war and the economic decline, their number dropped to 10-11 million. And last year left the country with only domestic tourists. Fortunately, there were enough of them to fill Bukovel this winter, and last summer - the beaches of Odessa and the region.

The industry of activity of apart-hotels remains complex. In the US, says DEOL Partners' Leo, there are clear rules for cooperatives (home ownership) or condominiums (home ownership and fractional ownership of the surrounding area). In the first case, the client acquires not an apartment, but shares in the cooperative and, in fact, the right to live in it. You can use the property at your own discretion, but sell or rent it only with the permission of all tenants. A condominium may have similar restrictions imposed by the community of its tenants.

Co-owners - members of condominiums can always re-elect the management company by voting. By law, this requires 2/3, and often 50 + 1% of the vote. If the apartments are in common shared ownership, then the owners still have a prevailing right over the operator.

Arthur Lupashko says that they are developing a contract with each buyer of the apartment, which will be transferred to management for 10 years. And during this period, the owner will not be able to change the management company or settle in his home.

Despite the uncertainty of the rules, apartment hotels will definitely remain an attractive option for private investment in the market. And in the future this segment will only grow, Arthur Lupashko is sure.

The West of Ukraine is the future of tourism: what symbiosis of real estate and investments is worthy of attention
9 minutess
Investing in Dubai and in Ukraine: real estate market comparison
10 minutess
«We are selling the hotel with you» — Richard Hotel’s owner review
7 minutess
Contact us!