Investment in the hotel business: Lviv is in focus

In four years, he has built a powerful company that has confidently entered the Ukrainian market and manages hotels in different parts of the country. The story of his success has been published in Ukrainian and foreign media more than once. Still, after all, the story of how a young guy undertook to establish management at the recreation center of a small resort town and turned it into a successful business cannot be left behind.

Today we are talking to Artur Lupashko, CEO of the hotel and restaurant management company Ribas Hotels Group, about business, forecasts and, of course, Lviv.

— Arthur, what exactly does your company do?

— We design and build hotels, manage vital processes and work to occupy the rooms. We conduct an audit of the existing building and the surrounding area and provide recommendations on what is better to reorganize at the object: a hotel, restaurant or hostel. We calculate the risks. If necessary, we carry out reconstruction at any stage of construction or design. We set up a sales Department, marketing strategy, PR, recruitment, and other processes.

In short, we give life to a new object, or provide its second breath.

— What projects are you particularly proud of?

— At the moment, we have 25 objects under management. These are hotels with different levels of star rating, hostels, sanatoriums. We are preparing to launch our designed facilities in Bukovel and Karolino-Bugaz. I can spend hours talking about each of them.

But I am particularly pleased when the recognition of work is not limited to us. It is gratifying that many hotels under our management have been awarded by such reputable travel portals as Booking, TripAdvisor, Hotels24.ua and others. This year, for example, our 4* business hotel Wall Street, which we designed and launched a year and a half ago, became a finalist in the prestigious European competition International Hospitality Awards. Another of our young projects, Friday hostel, also made it to the final. By the way, on November 30 in the capital at the international forum we present the project of the franchise of the hostel chain. In the near future, this model can be implemented in any city of our country. Therefore, we are open to suggestions for cooperation. 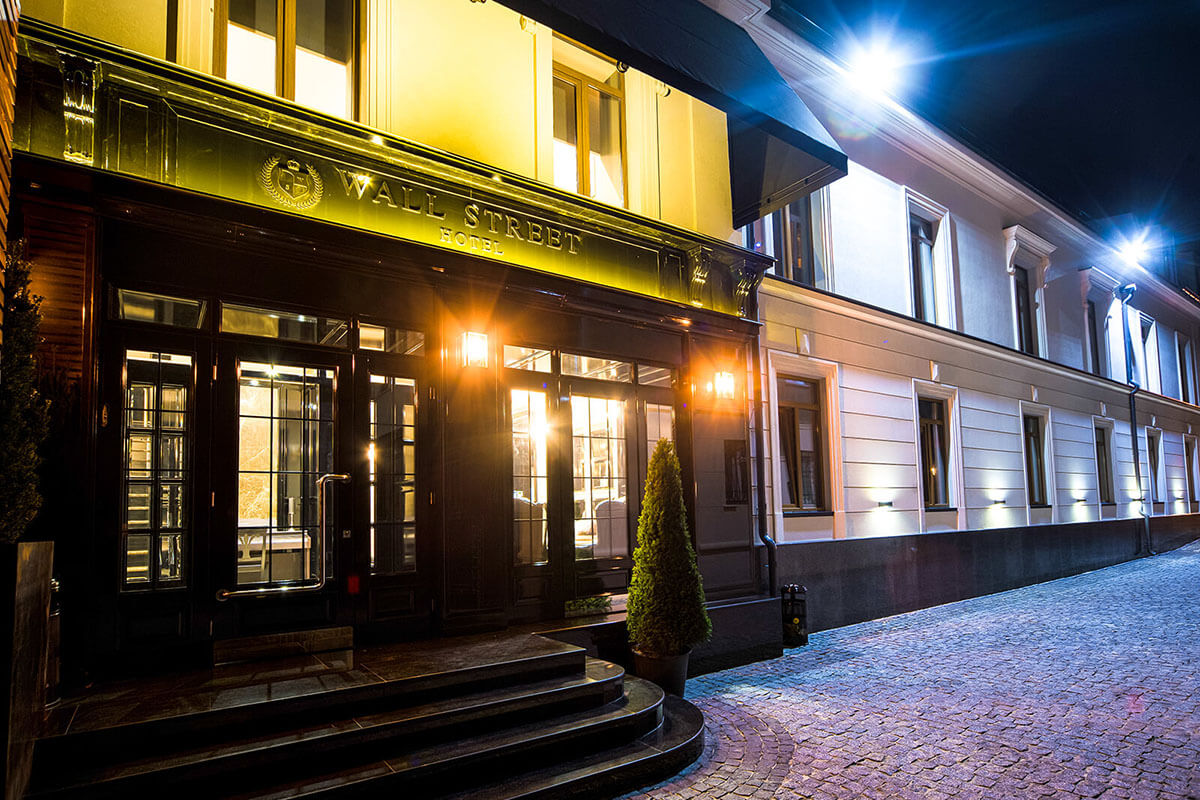 — I know that you were engaged in different types of business. Why did you choose the hotel business?

— My choice had two criteria. First of all, I wanted to do something that would give people pleasure. Within the law, of course.

And secondly, as a businessman, I have ambitious plans and I am sure that the hotel and restaurant business is the niche that will allow us to implement them all.

Of course, this is not just my guess. I did a lot of analysis, studied reports from international portals, followed global hotel brands, objects of different categories, traveled to countries and gained experience.

In addition, the figures are quite convincing. If, for example, we compare the return that the owner will receive by renting out residential real estate, we get a number of about 6%. Not much, is it? If the owner of the building rents it out for shops he gets 8%, and for offices even less - 7%.

Now the most interesting part. The profitability of hotel real estate starts at 9% and pays off in about seven to ten years.

The marginality of hotels depends on their categorization. For example, hostels give about 70% of the total gross income, hotels with three or four stars will bring about 50%, and 5* hotels-from 30 to 70%. By the way, the latter will take the longest to pay off, but the profit from them will be more stable, compared to hotels of another level of stardom. Seasonal hotels in Bukovel or southern objects located on the first line from the sea will also bring a 70% share of the profit from the SVD.

— Your forecasts are very optimistic. But will there be a demand for these offers?

— Definitely, Yes. I am glad that Ukrainians have started to travel more. In recent years, the number of travelers has increased by twenty percent. I am sure that this figure will increase. The world economy has been growing steadily for several years. This has a positive impact on all countries and business areas.

For example, tourists from one hundred and twenty-six countries of the world go to Ukraine. According to the State statistics service, most of the visitors indicated that the purpose of their visit was tourism or a private trip. A significant number come for cultural exchange, sports competitions or business trips.

Lviv is one of the most popular cities in this regard. Last year alone, it was visited by more than two and a half million people. 73% of this number are Ukrainians. The remaining 27% was shared by travelers from Poland, Germany, Turkey and other countries. According to some reports, guests of the city spent 615 million euros.

— So it is profitable to invest in Lviv?

— It's also smart and promising. Let's remember the period from 2011 to 2014. It was marked by the fact that foreign companies invested more than 9 billion Euro in almost 260 projects. The main mass of investments fell on Kiev and this is logical. At that time, 7 projects were launched in Lviv and more than a thousand jobs were created.

From 2014 to 2017, for known reasons, there were fewer infusions. For comparison, foreign investors contributed only 3.3 billion rubles. euro. Despite this, about twenty projects were launched in Lviv, providing jobs for more than two and a half thousand people. By the way, Lviv region became the second after Kiev in terms of attracted investments. Since 2014, it has raised about 658 million euros. For comparison, the Kiev region received 687 million euros, and the Odessa region-596 million euros.

The Lviv region is very profitable for investment in the hotel and restaurant business and other areas of activity. And our company will be happy to provide professional assistance to investors who plan to build a successful business in this region.

Investing in Dubai and in Ukraine: real estate market comparison
10 minutess
Profitable houses. How apart-hotels will replace the usual renting of apartments from the market
8 minutess
Watch the new episode about hotel real estate in Bukovel on the Ribs Rooms channel
2 minutess
Contact us!