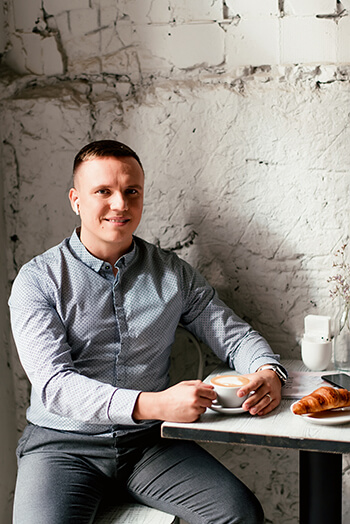 We talk to Arthur on the cozy terrace of the restaurant. He recalls that he often meets in such places with people who the company plans to hire for senior positions: a hotel Manager or a restaurant administrator. The way a potential employee communicates with line staff is an indicator of their team management style. If he is rude to the waiter who delayed the order or was rude to the cleaning lady, then he does not have the main thing — the "hospitality gene". So he will transfer the same negative attitude to his team. Needless to say, such an employee will not be hired by the company, no matter how impressive his previous experience was.

— Arthur, if you Google yourself or the company, the system gives out professionals in the hotel and restaurant business - serious people in stylish offices, modern hotels. But rumor has it that you once entered the business selling Christmas trees.

— That's true. That's how I met the man who later became an Executive at my company.

This was in the second year of University. I realized that selling pine trees is very profitable. The first season was so profitable that my friend and I bought a huge truck with trees the next year. My friend personally went to select them. On the way back, they were caught by heavy snowfalls and abnormal frosts. The Christmas trees reached Odessa in a deplorable condition.

We realized that we would never sell them by piece. Then I decided to sell them wholesale. Posted an ad on a social network. It got widely distributed in groups, received about a thousand reposts. One of those who responded was Andrey Marenchuk. He said that he has a familiar district police officer and with his permission it will be possible to sell Christmas trees. Many funny stories were connected to these Christmas trees. For example, one female customer took a very long time choosing between pine trees, one worse than the other. We couldn't figure out how to even look at those trees until she asked her son: "Do you think this will do in a cemetery to scare the crows away?"

If we look at this situation from the business point of view, then in that first season, we had to understand that a mega-successful period would inevitably lead to a crisis. This is natural. If there is a breakthrough in some area, then most entrepreneurs go in this direction and create a cosmic glut of the market.

Going back to the Christmas trees, I can say that those long winter evenings were the first time I encountered business, marketing, and management subtleties. To be honest this and most of my other endeavors have been financially unsuccessful. But they brought valuable experience.

— You were involved in various businesses. You have the longest relationship with the hospitality industry. Why?

— Because it was love at first sight. "When a person meets his other half, it is difficult for him to explain how it happened: why it is so and what is the essential difference between his love and others. That's what happened to me. At first, it was difficult to make objective arguments, assess risks, and predict market fluctuations.

Four years ago, I just agreed to help set up work at the Dacha recreation center. At the time, I didn't understand the concept of a management company and how much money could be made from it. But I did marketing, I hired people, I managed them. After loading the Dacha inn, setting up work and business processes, I asked myself: "Why don't I load up other inns in the neighbourhood as well?".

— When you started, you were 24 years old. Many of the employees in your office are younger. Doesn't it cause distrust among business owners or potential investors?

— One of the most common questions asked to me and my employees: "how do such young people manage to get such impressive results?!" I answer that young talents have existed at all times. There were always those who could make a scientific or literary breakthrough at the age of 23. Here is an example of Sholokhov, who wrote the epic novel "the Quiet Don" at the age of 23, for which he later received the Nobel prize. Or Zuckerberg - the youngest dollar billionaire. 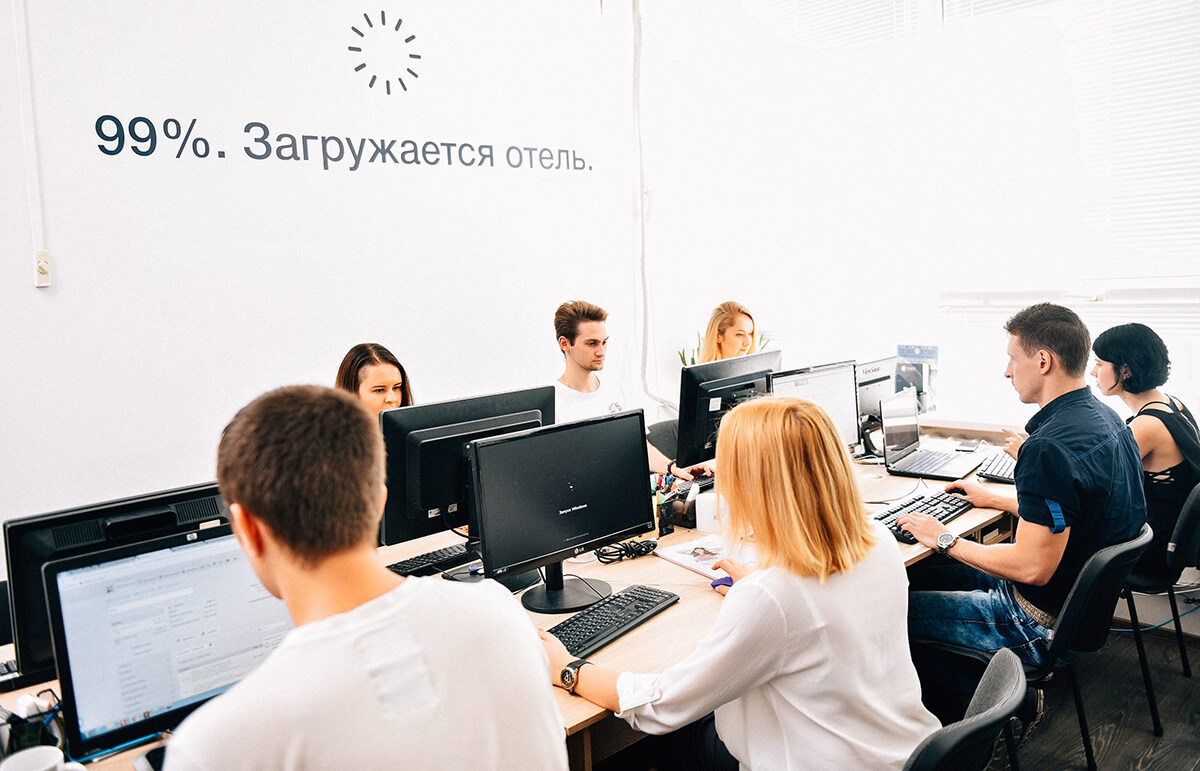 My task is to gather people like that around me. I don't invent anything myself, but I try to inspire people to achieve amazing results: high booking results, high quality service. Many hotels that employ experts with a ton of experience can not reach our indicators.

— What qualities should an employee have to get hired in the company?

— I have always valued a person's personal qualities above education and work experience. I still tell the head of our HR Department that they should be put at the forefront. If a potential employee has the necessary qualities for this position or business and the desire to work and learn, they will become competent in the shortest possible time.

Keep in mind the theory that you need to work 10,000 hours to become competent in a particular field. This applies to one specific task. After 10,000 hours, you can perform it automatically.

But a person can think, analyze, compare, and learn beginning from the age of two! And if from a young age you ‘turn on’, then in adulthood it already has a phenomenal competence at your disposal.

I am not surprised today when twenty-year-olds run large successful businesses or achieve success in creative or other professions. People who can think spend the 10,000 hours needed to master a specialty much earlier than others. Therefore, personal qualities of a person are the most important thing for me.

What about the girls?

— In the comments on social networks, people often write that you have beautiful young girls working for you. On the one hand, it is a pleasure to come to the office, but on the other hand, it may raise questions about the competence of specialists.

— Next to our 4* hotel Wall Street is another hotel of a similar level, which can not achieve our result of occupancy and quality of service. Ksenia Dronga, a good looking girl in her early twenties, runs the Wall Street hotel. The hotel's rating is 9.5. There are also more than a thousand reviews, year-round high occupancy and minimum staff turnover. 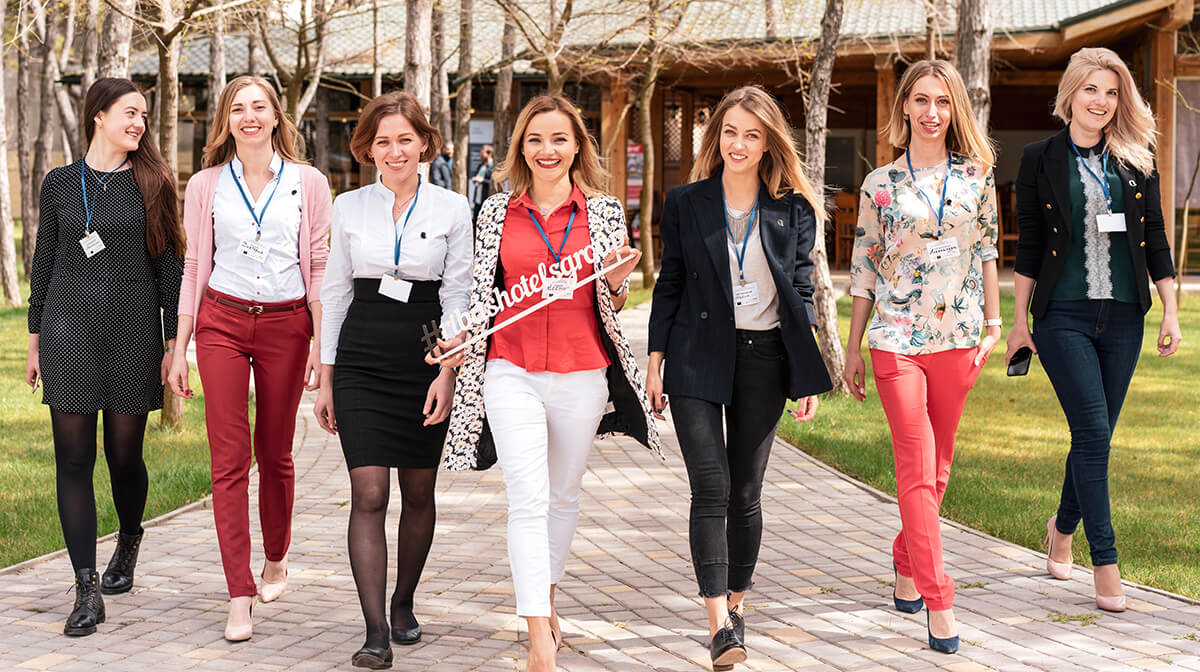 The head of the sales department, Valeria Rozhko, is 23 years old. She went from being a girl on the phone in high season to author of a sales book and managing a Department that provides the company a multi-million profit.

I will not hide, there were cases when the owners expressed doubts that a young pretty girl can successfully head a Department with dozens of employees or manage a hotel. I answer that many of my employees can convince anyone in negotiations and sell you something that you did not intend to buy.

— What mistakes have made you harder?

— At one of the resort facilities under our supervision, the Manager, who was not our employee, built the work environment the way that one day all the staff refused to work and left their jobs. After learning about this, the owner said that if the guests are not served Breakfast in the morning, he will, to put it mildly, break off any cooperation with us. During the night, we gathered staff from our other facilities. A chef from a 4 * hotel, waiters from a resort hotel, an administrator from a city hotel, and a dishwasher from a nearby base came to that object. As a result, the Breakfast service was better than it was before our intervention. Of course, this was also noted by the guests. After this incident, we are not afraid of any statements like "make Breakfast served in the morning!". 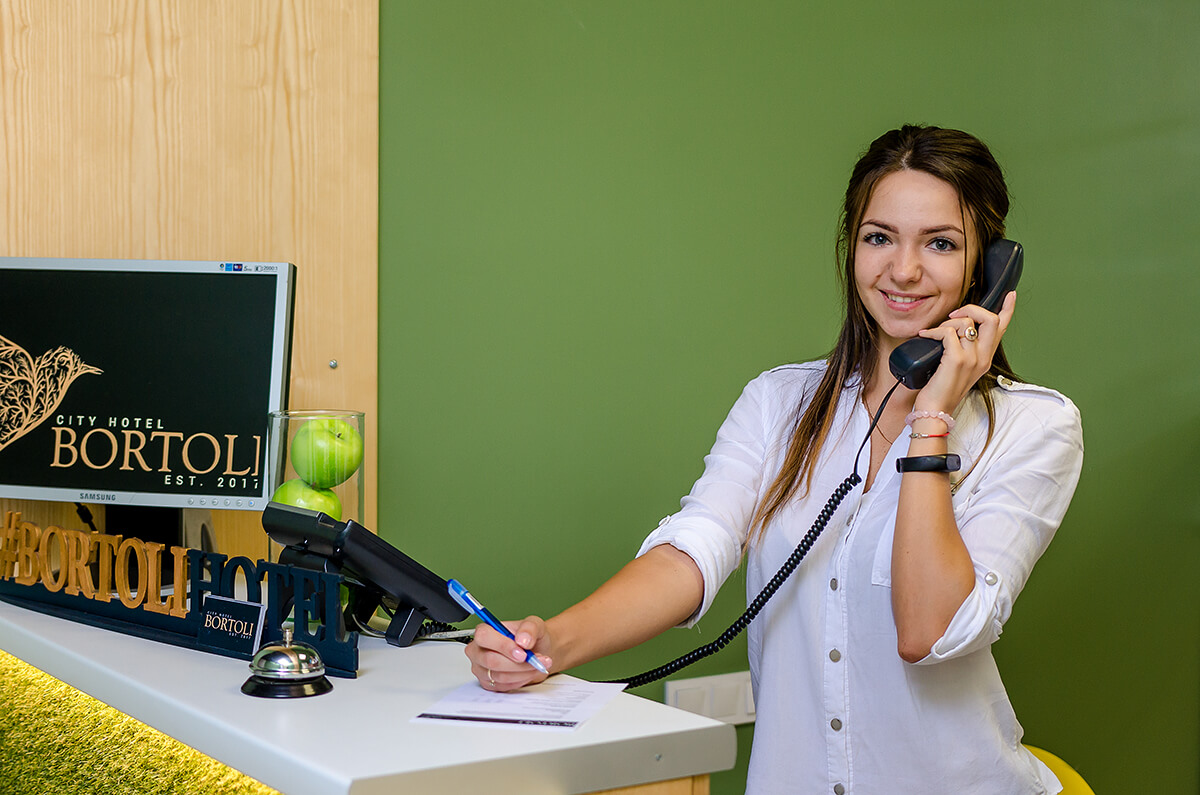 In addition, in such crisis situations, until the circumstances are clarified, I always take responsibility for myself. That is why I am on friendly terms with all the owners. And the owner of the object where there was a conflict with the staff, still calls me with the words: "Hey, buddy."

— Do you remember the very first meeting with the owner, who showed initiative?

— Yes, it was a respected person whose company is represented in ten countries of the world. He bought the building and asked for advice on how to use it best.

I developed a business plan and even calculated the alternative options: how much profit it will make if there is a residential building, an office center, or a hotel. I proved that the hotel is more profitable. I also made calculations on different hotel level 3 * or 4*. I understood that this was a springboard for further development. Then we consulted and designed this object. We made a significant contribution to the project and launched the hotel in style.

— I've been told that you're also working on weekends.

— Misinformed. I'm just resting in a way that some people call work.

On weekends, I usually go to our resort facilities: I communicate with employees on the ground, exchange new information and make jokes. Then I tell my friends what I saw. You won't believe it, but I come back from such trips full of energy, ideas and plans. Apparently, this is why our Executive Director Andrey Marenchuk and the curator of one of the objects, Pyotr Stoyanov, have recently been asking to travel with me.

— If we meet again in five years for an interview, what will you tell us?

— I am sure that the company's offices and hotels will be located in five different countries. We are already working hard on this. Therefore, we will talk about how efficiently we are launching facilities in the international vector and about the prospects for investment in the hotel business abroad.