Overview of Best Western Plus Lviv: business component, restoration of the building and the future of tourism

Recently, the first Best Western Hotels & Resorts hotel in Ukraine was opened in Lviv, in the very center of the city. It has an unusual concept for the Ukrainian market, as well as a long history of implementation. The Best Western Plus Market Square Lviv hotel is located in buildings that are part of the UNESCO heritage, and was designed by a designer with over 25 years of experience working with a world-famous hotel chain. In the article, we collected basic information about the concept of the object, the price of its implementation, and its content.

Watch a full video review of the Best Western Plus Lviv hotel on the YouTube channel "Ribas. All about the hotel business"

Best Western Plus Market Square Lviv is the first object of the Best Western Hotels & Resorts chain in Ukraine, which in its concept is not similar to any of the Ukrainian ones. The institution opened its doors on September 1, 2022.

The Best Western Hotels & Resorts chain was founded in the USA after World War II. At that time, people traveling around the country sought to meet certain standards in accommodation facilities. This especially applied to traveling salesmen and people who constantly moved around the country. Subsequently, a group of partners created a non-profit organization and developed certain standards for hotels in the midscale segment (currently 3 stars), and this is how the company began. Currently, there are more than 4,300 hotels operating under the Best Western Hotels & Resorts brands in more than 110 countries. It is believed to be one of the most powerful hotel chain. Its portfolio includes many brands, the main ones of which are: Best Western (3 stars), Best Western PLUS (4 stars), Best Western Premier (5 stars).

Best Western Hotels & Resorts is a non-profit organization, since all the money paid by members of this network goes to the development of hotels, that is, to marketing activities, loyalty program, etc. It can be a joining fee ($40,000-$75,000) - a fee for joining, or a royalty fee - a fee for a certain number of rooms or a percentage of the total income. In addition, according to US law, at the end of the fiscal year, that is, by December 31, the network's accounts must not have any profit.

It is worth noting that all Best Western Hotels & Resorts are different in terms of design, configuration, and conditions of creation, as the chain does not offer strict standards for the operation and creation of objects. Mostly, the rules concern operational activities, that is, the quality of services provided. 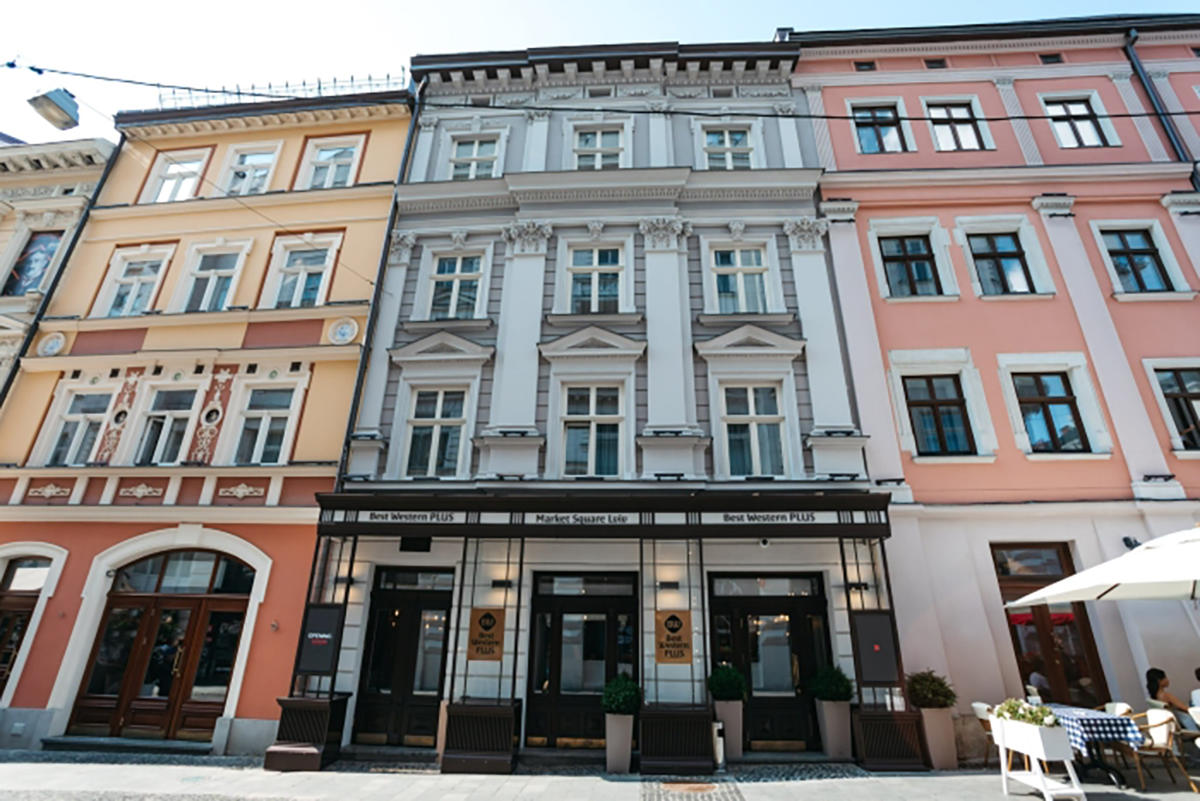 Restoration of a building protected by UNESCO

The Best Western Plus Market Square Lviv hotel was planned to open in 2019, but the process was delayed a little due to complex reconstruction. "In classical development, it is believed that there are three levels of complexity when you build something: new construction, reconstruction, restoration. We faced the third - restoration. The space in which the hotel is located is under the protection of UNESCO, that is, any change is subject to agreement with not only Ukrainian, but also international rules," said Oleksiy Yevchenko, co-founder of this hotel and managing partner of the hotel developer and management company ArtBuild Hotel Group.

Thus, the object is formed from four historical buildings connected to each other, and accordingly, all of them have certain authentic characteristics: this is the height from floor to ceiling, window openings, wall partitions, some of which should have remained. To combine all this in one institution is an extremely high level of complexity. The hotel team collaborated with a designer with over 25 years of experience working with Marriott International, Inc. during the design process. As a result of painstaking work, they managed to create a boutique hotel.

The cost of building this kind of object is $120,000 per room. Without the cost of purchasing the building directly. Also, the price is determined by the fact that this is the historical center of the city. 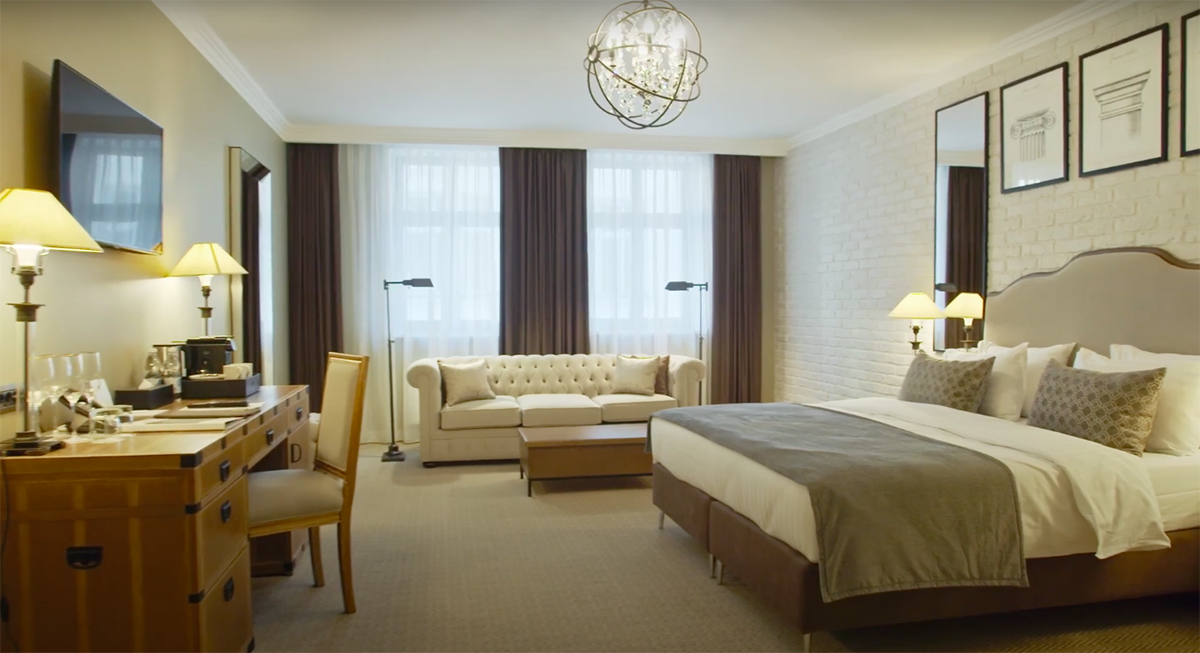 Rooms. The hotel includes 74 rooms, of which 58 are standard, 5 are deluxe, 6 are apartments, 4 are superior rooms, and one more is for people with disabilities. The development of the last one was laid at the design stage, since it is almost impossible to do it later, because access to it should be as unhindered as possible. At the Best Western Plus Market Square Lviv hotel, this room is located on the first floor for convenience. In addition, the door to it opens automatically and is delayed for a certain time so that a person in a wheelchair can pass. Accordingly, the bathroom is designed to take into account all the needs of people with disabilities. Also, there are no bedside tables in the space, and the bed can be taken out. In order to create this room, the team studied international experience and tried to take into account as much as possible, even the distance from the bed to the wardrobe and to the wall so that a person in a wheelchair could freely approach from both sides.

Restaurant. It has a separate entrance and its own name - "Boim Restaurant". The restaurant includes a large summer playground near Rynok Square. "Currently, we are building a PR strategy for our guests that we are a restaurant that operates separately from the hotel. Only in the morning, the restaurant is set aside for breakfast for hotel guests. From 12:00, it opens as an A la Carte restaurant for all who are willing," commented Oleksiy Yevchenko. According to him, if everything is calculated and done technologically correctly, then such an institution works as a separate business and brings high profits. 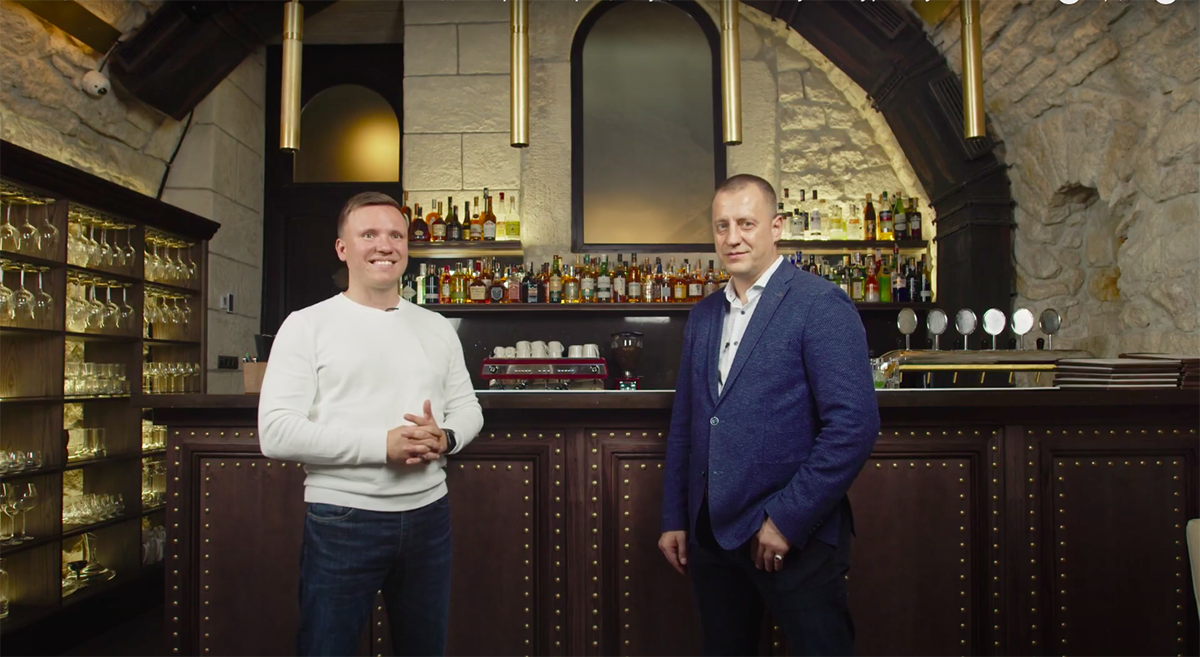 The future of tourism

After the war, a tourist boom is expected in Ukraine, as it is already known to the whole world as a strong, indomitable and courageous country. Ukraine is a brand, and after its victory, foreigners will want to come here. Therefore, many companies continue to build new hotel properties here, supporting the industry and the country's economy.

"Even now, in wartime, I communicate with people who want to continue doing hotel projects here, including large ones. This means that our business, investors believe in Ukraine, and are sure that the war will end soon and everyone will return to normal life," said Oleksiy Yevchenko.

An equally important aspect that will influence the further development of the market is how tourism will be treated at the state level. After all, according to Oleksiy Yevchenko, even during the war, the team did not manage to get support from the city authorities when opening the hotel.

"Cooperation between the hotel industry and the state can strengthen the sector, as well as encourage the creation of new, high-quality projects. Therefore, we invite you to join the Ukrainian Association of Hotels and Resorts! The organization does a lot to promote and lobby the authorities for events useful for tourism and the hotel and restaurant industry. Now more than ever it is important to be active. The hotel business earns more when it cooperates and when it protects the interests of our sphere and the state. Let's do it together!", said Artur Lupashko, founder of Ribas Hotels Group.

Subscribe to our blog to stay up to date with the main trends in the hospitality market!