2022 through the eyes of Ribas Hotels Group

Despite the unstable demand that was observed in the tourism sector this year, our company continued to work, implement planned projects and even new ones that were added during the year. We have chosen for ourselves a strategy to move only forward, and this helps us to adapt to any circumstances.

Work at the beginning of the war

After the start of a full-scale war, our company took on a volunteer mission. With a team of employees and their friends, we organized a headquarters for helping the army and territorial defense. For three weeks of collection, we managed to send almost a million hryvnias for the purchase of ammunition, food and other critical means to ensure the territorial defense of Odessa, Nikolaev, Kherson. Regarding the work of hotels, since the beginning of the full-scale invasion, the Ribas Hotels chain continued to work in Odessa, Lutsk and Bukovel. We sold rooms at cost, and in Odessa some people were accommodated for free.

Regarding the work of hotels, since the beginning of the full-scale invasion, the Ribas Hotels chain continued to work in Odessa, Lutsk and Bukovel. We sold rooms at cost, and in Odessa some people were accommodated for free. 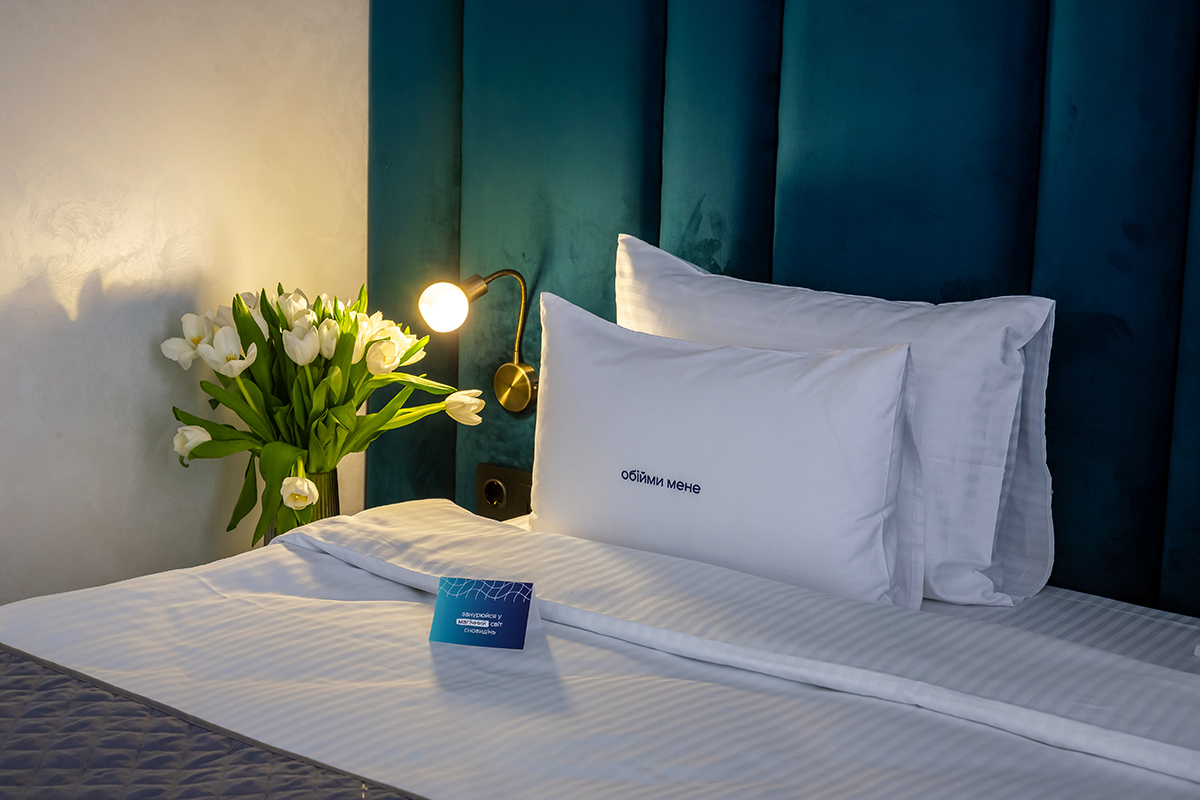 The hotels are currently operating as normal. However, the total number of employees in the hotels we managed has decreased from 650 people to 70 since the beginning of the war. This is due to the fact that seasonal summer hotels did not work this year, one hotel was occupied, and some establishments switched to a different work schedule.

Changes in the chain

Ribas Rooms Bila Tserkva is a business hotel with a high level of service in the city, quality rooms, the largest and most modern conference hall for 100 people and a restaurant. It has a convenient location, within walking distance of absolutely everything that can be useful to the guest.

Ribas Duke Boutique Hotel offers more than 40 cozy and spacious rooms, a SPA center and a restaurant. Next to it are all the most famous locations - Primorsky Boulevard, Ekaterininskaya Square, as well as Deribasovskaya Street. Also near it is the Ribas Duke Conference & banquet hall, where you can organize any event. 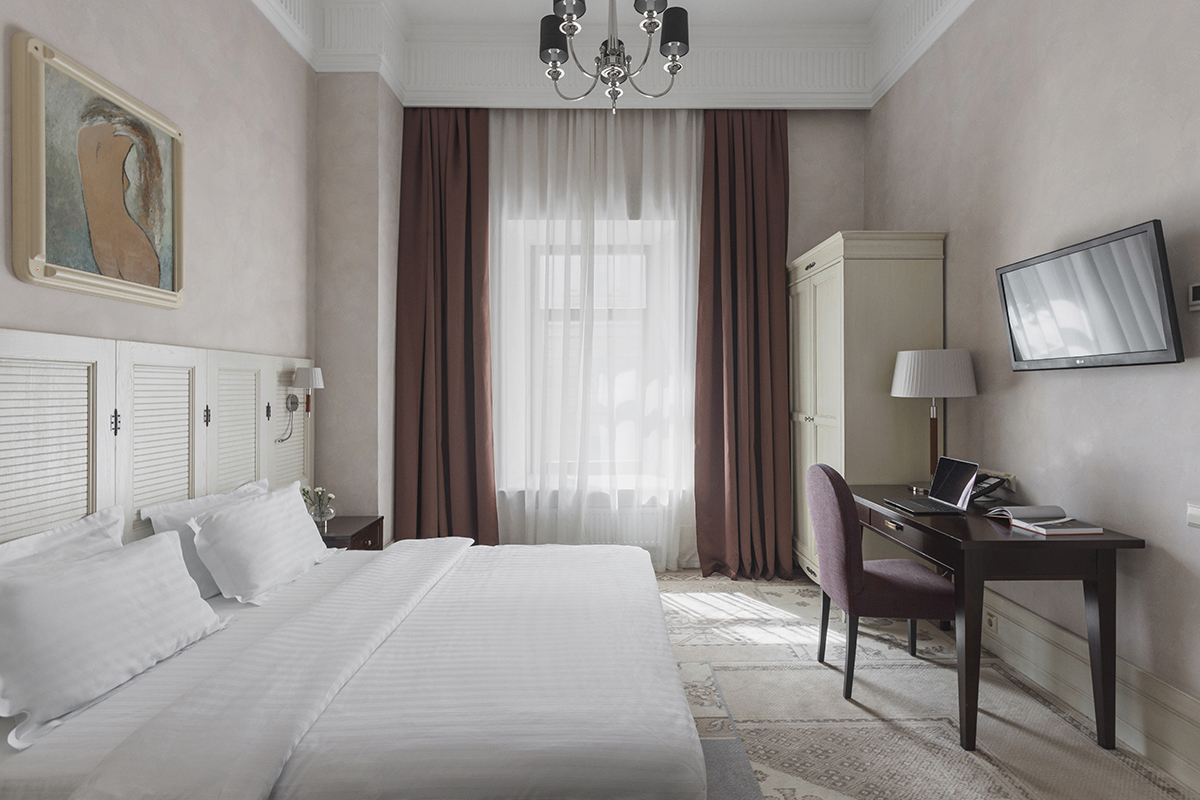 Glamping Mandra Hills is a new type of recreation in Transcarpathia. Its domes are located at an altitude of 900 meters in the mountains. They have everything for a comfortable rest in nature. The Mandra Glamping chain also includes objects in Zatoka (Odessa region) and Kanev (Cherkasy region).

In addition to opening new establishments, we also had to endure losses. Unfortunately, the Mandra Shato Trubetskogo glamping near Nova Kakhovka (Kherson region) was destroyed, and the Play Hotel, which we managed, remained in occupied Kherson for a long time and was destroyed by 80%.

Despite this, we continue to work on new hotel objects in the west of the country. In 2022, our company signed partnership contracts with 7 projects. Also now we are designing two hotels outside of Ukraine (Yerevan, Cyprus).

In 2022, we continued to develop the Ribas Invest, direction, which allows investors to invest in profitable real estate with a guaranteed profit from the hotel operator Ribas Hotels Group. The heyday of the project came this year - there are already 5 actual objects in its portfolio.

In addition, in 2022, we launched the European Hospitality Co-Investment project which helps investors forced by the war to stop investing in Ukraine, consider new markets and adapt to local conditions. We have studied and continue to study various markets, as well as opened representative offices of the company, which can answer any question of investors in Montenegro, Austria, Poland and Georgia.

This year, we have established contact with the international offices of the Radisson Hotel Group, Marriott Hotels & Resorts, Accor Live Limitless chains and discussed with them a possible joint participation in projects.

Ribas Hotels Group, like all Ukrainian companies, has found itself at a crossroads since the beginning of the year and has suspended advertising campaigns. But as soon as the market situation stabilized, we changed the promotion strategy and updated the content on social networks. In addition, we worked on the development of an updated Ribas Hotels network website, created in the new style of the company.

Video. This year we managed to shoot a number of videos for our YouTube channel “Ribas. Everything about the hotel business". Among them: "Project WOL: investing in apart-hotels in Ukraine", "The concept of hotel business development: hotel project development", "Profitable real estate: investment in hotel business in Europe and Asia", etc.

Podcasts. Since April 2022, we have started recording podcasts to provide informational support to the hotel market. In them we talk about the various formats of hotels, as well as the features of the hotel segment. You can listen to our podcasts here. 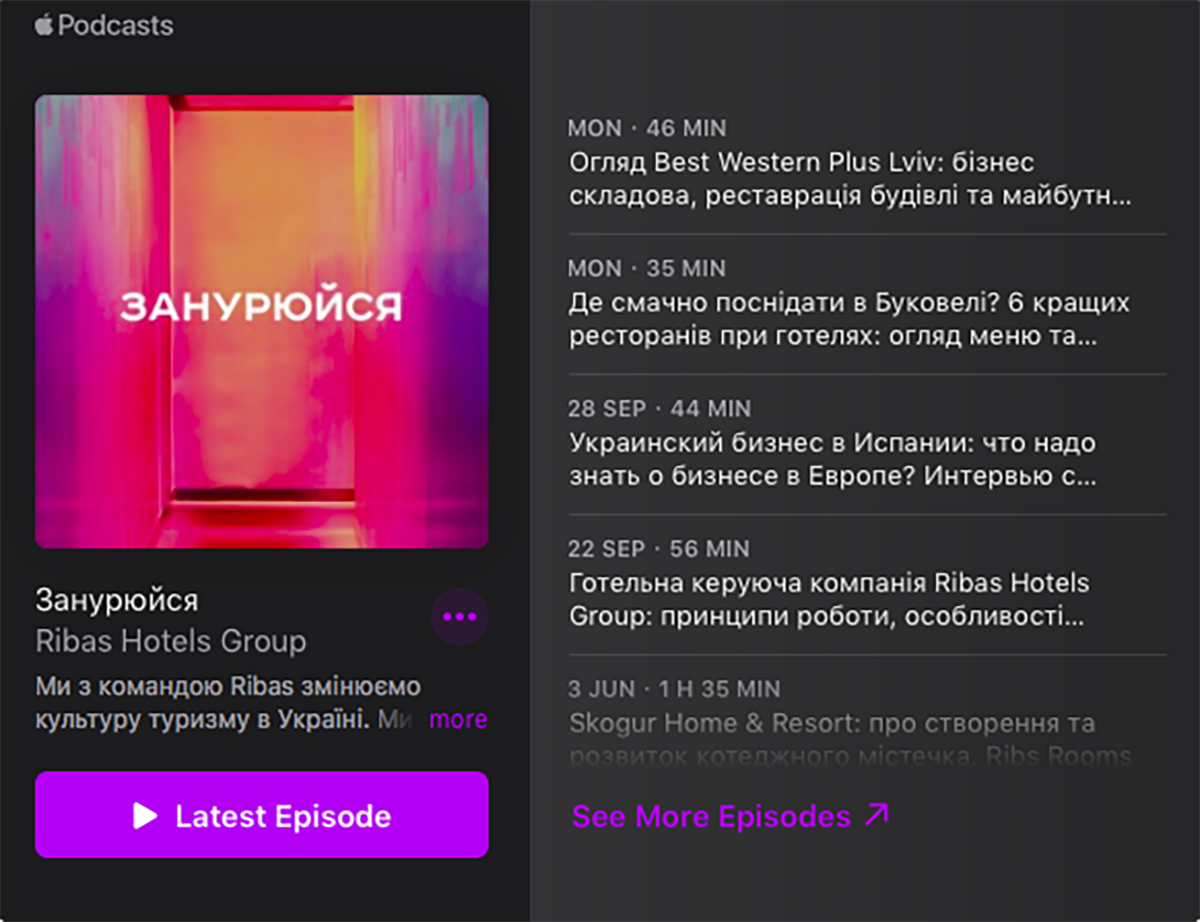 Book. In addition, we are currently writing a book about Ukrainian hospitality and service, its comprehension, place and role in the life of Ukrainian society. The experience is conveyed through the examples of the characters in the book – their stories, tools, and attitudes towards the service. We believe that this publication will become a visual and practical guide for entrepreneurs and an inspiration for any reader.

As for new hotel objects, in 2023 we plan to launch condo hotels in the Carpathians - these are Ribas Villas, Agat Resort & SPA and MORION. At the end of next year it is planned to open the hotel Ribas Ternopil. In addition, presumably, we will launch objects under the Ribas Rooms brands in Kyiv and Lvov, as well as start new construction in Kyiv, Lvov, Odessa and Ivano-Frankivsk.

We expect that we will be able to open next year our beach hotels located in such Ukrainian Black Sea resorts as Koblevo, Gribovka, Karolino-Bugaz, Kurortne.

In addition, the company is preparing for the launch in January 2023 of the investment fund Ribas Invest, which will give investors with checks from $10,000 the opportunity to invest in profitable real estate under our management. Our goal is to raise at least $50 million in new projects and $10 million in REITs.

Subscribe to our blog so as not to miss the important news of the hospitality industry!

What does modern tourism look like?
10 minutess
How did the hotel service change during the war
10 minutess
How to keep the team motivated in the conditions of war
7 minutess
Contact us!