Recently, the "Clubhouse" voice application appeared on the Internet. On the initiative of the head company of the Ribas Hotel Group chain, a club of Ukranian hoteliers was created, where every Tuesday at 18:00, in a “Ribs Rooms” we are organizing talking rooms , the main task of which is to discuss typical issues and different topics of the hotel industry in Ukraine. One of the conversations was dedicated to the Bukovel resort. Representatives of the leading hotels in Bukovel together summed up the results of the winter season and shared their experience. For the Ribas Karpaty hotel this season is debut, but our colleagues, who already have experience, had something to compare this to and last year. So, first of all, let us introduce our speakers: Andrey Marinchuk (Ribas Hotel Group chain), Alexey Voloshin (Edem Resort Medical & SPA hotels), Taras Tustanovskiy (Stara Pravda hotel), Andrey Galusha (F&B hotel chain), and Valery Polyakov (Cartel Holding). 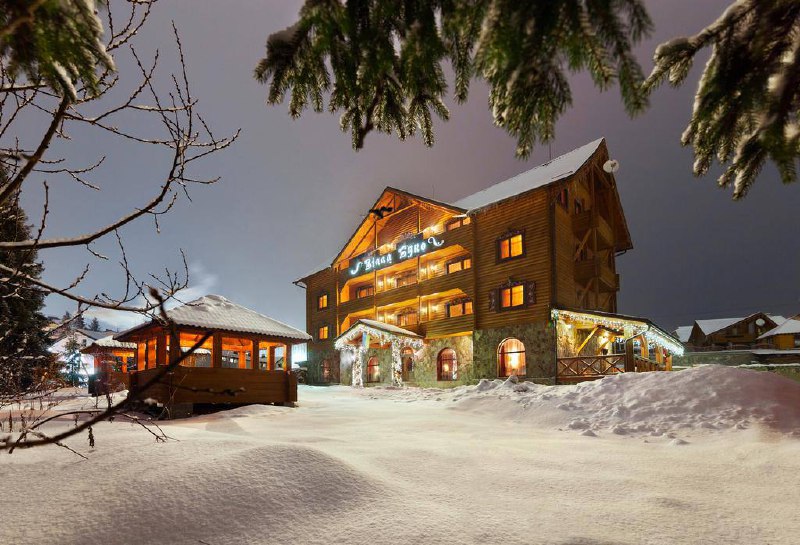 On the one hand, it was a short period of "winter holidays" in Bukovel, which started at the end of November and finished in mid-March for everyone. But, on the other hand, for the representatives of the hotels who participated in the room, the season was positive and the seasonal plan was also gained, and for some hotels, even was greater than the last year's one. The occupancy ranged from 82% to 96%. We are talking about such hotels as: Ribas Karpaty, Fomich Hotel Chain, Stara Pravda, Villa Buko (Edem Resort hotel chain), as well as Cartel restaurant chain. 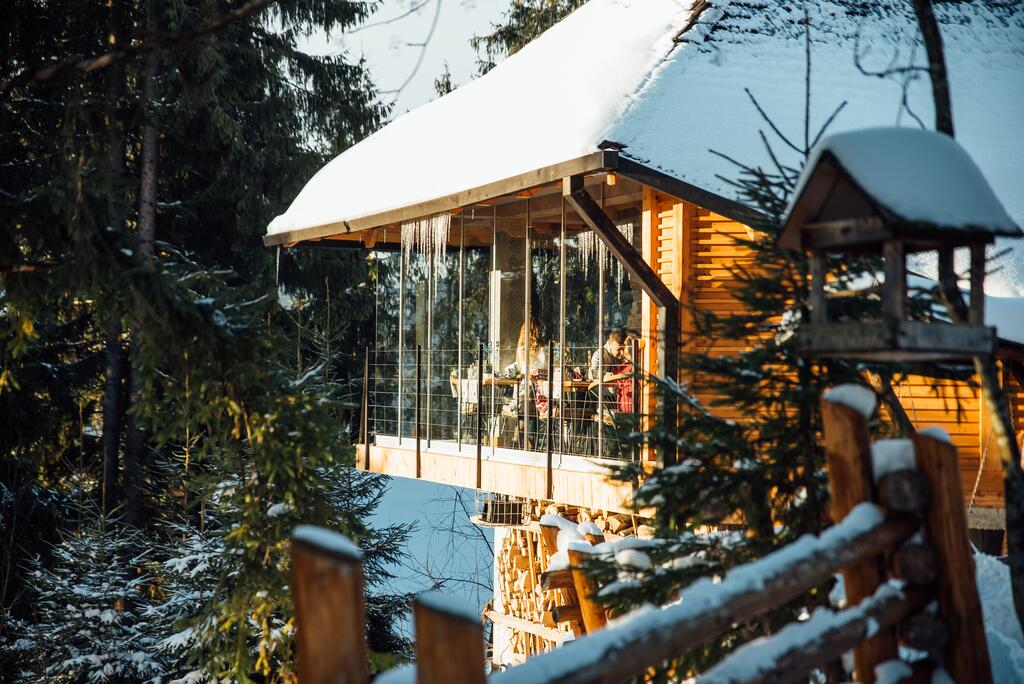 It's not a secret that the closure of the borders has led to the growth of internal tourists, the Ukrainian tourist preferred Bukovel to the western resorts of Europe. However, guests from such countries as the Baltic, Georgia, Romania turned out to be a nice surprise. It is also a positive fact this year that Bukovel was out of competition, as compared to other ski resorts (Turkey, Montenegro), infrastructure, kilometer of tracks and the number of lifts clearly won.

More lifts and new hotels have appeared on the market.

Also very important and interesting moment, that another contingent of guests caused a "boom" in hotels - this contingent of babies (children under 1 year old) was so great that not only parking of cars, but also parking of strollers turned out to be a problem.

Speaking about employees, opinions were different, the Ribas Karpaty hotel provided accommodation for employees, however, this issue also encountered it's own difficulties (not enough place to accommodate everyone), but it still turned out to be an issue to solve. The Cartel Holding refused to provide free housing to employees, but this is not a disadvantage, because there are good news for employees who prefer to earn money in seasonal hotels abroad (for example, in Poland), since salaries are getting higher every season, and some departments, such as F&B, have the opportunity to raise their income by more than 70,000 UAH per month if we count only tips, other departments also have a salary that varies around $ 1,000. per month.

Fomich Hotels include a diaper, two bowls and a toy in service, which makes the guests' stay much more comfortable. If guests want to bring a pet with them, Hotels recommend renting cottages, but not apart-rooms, since you should not forget not only about your, but also for the comfort of those living in rooms around you. Hotels always warn about this when guests book a stay. But at the same time, it is not allowed to bring animals to places such as SPA and restaurants, in order to avoid problems with noise and cleanliness, and comfort. 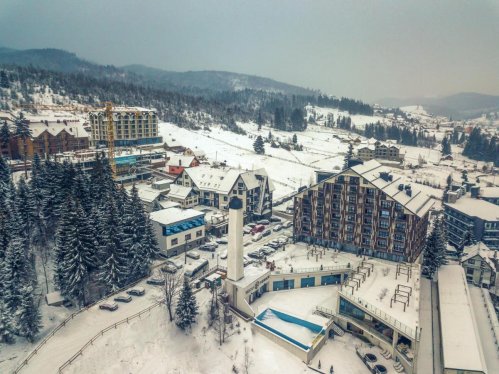 Ski resorts are primarily about skiing and snowboarding, after a long ride spa is no longer a luxury but a necessity. The main SPA complexes that set the tendency for Bukovel resorts are VODA Club and Radisson Blu Bukovel.

Logistics was one of the most important issues this year. Unlike last year, this year there were much less scheduled flights. It was also mentioned that in the nearest future it will be possible to expect the construction of an airport in the Carpathians, which would greatly facilitate the issue of communication and travel to Bukovel. So far, the best options are to travel by train through Lviv, by plane through Kiev, by bus and, of course, using your own car. With the last option, Travellers should be noted that with a large amount of tourists, there might be parking problems (both free and paid).

The winter period finished suddenly, which gives more motivation and opportunity to prepare for the low season (April, October). During the winter, the main interest was snow sports. In the low season, the type of holiday "Celebration" is very popular, it's about celebrating birthdays, weddings and just a nice excuse to get out with friends and family to celebrate an important day. Although this is not the most popular time, the demand for the sale of rooms and cottages is not so high. It's worth taking as a note that one of the predictions of our speakers for the summer season is cycling tourism. If in winter you can go skiing, snowboarding and sledding in the mountains, then summer is perfect for cycling.

Bukovel is beautiful at any time of the year, despite all the limitations and problems, we and our colleagues managed to hold out at the level, or even exceed the expectations of goals we set. And also we did everything for a comfortable and memorable stay for guests, the rating on booking.com and the number of people who returned more than once during the season are confirmation of that.

One of the main goals for us, as for the Ribas Hotel Group chain, is to develop tourism and resorts in Ukraine, creating more hotel development projects. This will not only expand the opportunities for recreation, but also increase the number of domestic and foreign tourists. New opportunities are already appearing, and the hotel industry is developing on the background of our European colleagues.