Hotel marketing: «Always remember that a person has a smartphone»

Galina Cherednyuk, PR Manager of Ribas Hotels Group, spoke to Andrey Fedoriv, founder and CEO of FEDORIV Group, about the service features and specifics of the hotel business.

— Ribas Hotels Group is engaged in creating hotels whose main feature is uniqueness and emotionality. All this is closely related to locality. But, as you know, when scaling, you need to introduce strict standards. How do you avoid losing this emotionality when businesses are actively growing and scaling?

— You have a very cool hotel. (about the Wall Street hotel) I can see that the team is trying. It is important.

There is a trap in being emotional. Let's look at three types of processes to make it clear what I'm talking about.

So there are basic, effective, and innovative processes.

What are the basic processes? This is when a person gets the basic things they are used to. That is a must have.

Efficient processes are when you can provide a must have at a low cost.

And emotions are innovative projects.

When do problems start?

There are many examples both in Ukraine and in the world. There is an Indian proverb that a warrior's eyes should be just above the clouds, but his feet should be firmly on the ground.

Example: at the Wall Street hotel, I liked details like a handwritten letter from the company's founder, some small personalized gift. That's cool. This is the touch that makes the guest happy. And a person's happiness consists of small things.

My recommendation is to work in these two directions all the time. Think about why this will work.

I had a case: we booked a hell of an expensive hotel, we had 3 rooms, we were with children. Our flight was delayed. We realized we couldn't make it to dinner. After leaving the airport (it's an hour to the hotel), we called and ordered room service. We were told "of course". We arrive — there is nothing. It took me another hour and twenty minutes to get dinner delivered to our rooms. Of course, there was no question of positive emotions.

What is the danger of hotel business?

The fact that you are not working with a standardized product that can be packaged in a box. Service is an experience. Each person is different. Working with it is different, in different directions and in different regions. Positioning is a departure from universality. This is a fairly clear answer to the question “what does a person want?”.

I have a favorite example from the HoReCa sphere. This is one of the Bavarian, I would even say Alpine-Bavarian-Austrian restaurateurs. Hereditary restaurateur. His parents also kept something called a Guesthouse.

When he started doing this, he said: "I had one problem all my life — children. Because children in a hotel are terrible." Children spoil everything, on the one hand: they run around, break something, they need special food, etc. But at the same time, when you want to prohibit coming with children, you lose your customers.

When he was 55 years old, he was able to realize the dream of his life — bought a ruined hotel complex, which had two large buildings. He created something like two hotels in one.

One family-hotel that was made only for family guests. When the user goes to the main page, a block sign with a question is immediately displayed: "how many children do you have? What age?" In this hotel, the reception offers milk, diapers, round-the-clock Breakfast cereals, everything is shockproof, no glass, semi-plastic everywhere. Children's menu in the restaurant, the children's area is larger than the adult one. Three types of chairs for children. There are 3 or 4 kids-clubs, depending on the age: nurseries, preschoolers, teenagers.

But through the underground passage, you can go to another hotel, which is Adults Only. And it says: "Sorry, no children under 18 years of age allowed." And there everything is different: the author's design, black tones prevail in the interiors. There is a completely different atmosphere. In the first hotel, there are noisy families who, of course, are a little crazy about the number of children around, but are generally grateful that someone took care that their child did not break his head.

In the second— more dignified, noble guests. It is not clear whether these are corporate groups, or a couple of lovers in their 60s.

And this is a great example of what modern marketing is! Don't try to please everyone. If you want to be a hipster hotel, be one: give your guests what they need. The clearer the positioning , the stronger the brand becomes.

— You travel a lot. In Ukraine as well. How do you evaluate branding in Ukrainian resort hotels? 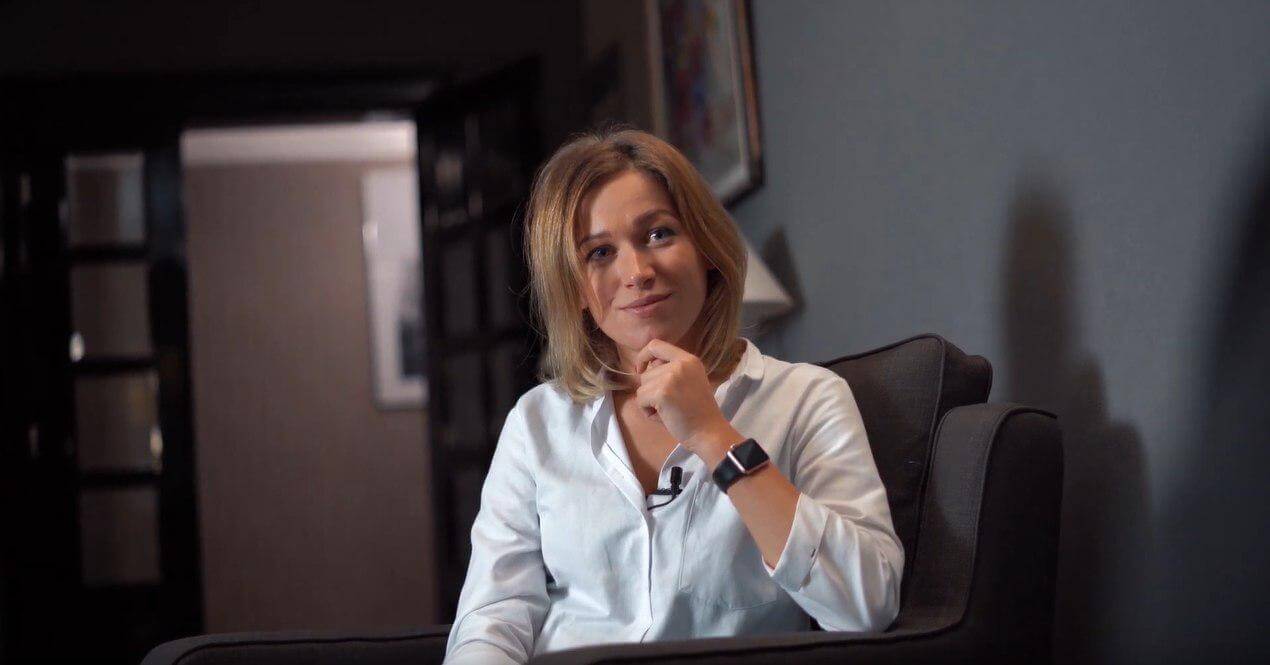 — I don't go to resorts in Ukraine. I usually travel for work. I rate it poorly.

There are several good hotels in Kiev. They're different, but they're cool. This is Eleven Mirrors, which we developed. Bursa is a brand that we are friends with. The Hyatt hotel, which is very often chosen by my clients.

Example: In one of the Hyatt hotels, my friend after a good sit-down, early in the morning went down to the restaurant for Breakfast. A waiter came up to him and asked what he would have. The friend replied: "small beer." The waiter asked what his number was. In response, he heard that the guest does not remember.

In most Ukrainian hotels, the waiter would start such a person "tormenting the brain" with clarifications. But this young man said “ then I'll go get a beer faster"

Just one phrase, but it impressed my friend (hidden service) that he stayed only in this hotel all year. We had a shoot planned and when the Hyatt was all busy, he refused to live in another hotel and was willing to reschedule the shoot.

In Ukraine, I really miss this attitude in small things. In general, people are trying: there are large, beautiful buildings, someone has invested something in infrastructure, etc. But then in the details and nuances you feel a little disliked. Because of this, everything falls apart. I think it's important not just to do something big, but to do a lot of small things after that.

I think that the question is not that the chairs are not like this, but that the soul is not enough. This is what you should work on.

Now people have freedom of movement. And it turned out that it’s not so cool and cheap in Zatoka. It turns out that in Krakow, Berlin or Turkey, everything is not bad and not prohibitively expensive.

We live in an era of global competition. And I can say that if, for example, in Georgia they manage to make a hotel Rooms, which is often written about in the entire world press, as an example of a cool experience that contains a very local, very Georgian character. But at the same time, world standards are really implemented there.

I admit that I don't really like resort hotels. Except for the moment when we go as a family and just want not to think about some things. Now, I think, a very important trend in travel is people who try to combine their business trips with interesting experiences. When you don't just arrive at a faceless hotel # 324 that you'll never remember. You want to go through something that you can't go through at home. Because for any person, a good life is an adventure, entertainment, whether they admit it or not.

Don't be afraid of locality

When he arrived in a tiny village and was able to get a local product. You can learn this in the United States. I was laughing hard when we went to a small chip shop at a gas station somewhere in Alaska. I found there was a small section with souvenirs. It worked because it's standard and it's everywhere. This is an exception.

But there are a lot of bad examples of how stupidity destroys shareholder investment. We checked into a hotel with my client and his team. We arrived after the meeting and had a few hours. I decided to record an interview with him. We asked the administrator about the availability of business rooms. We were told that there are: large and small rooms. Small costs 3000 UAH for 4 hours. We didn't need 4 hours. We looked at the room and offered to rent it for 2 hours for 1500 UAH. The room was empty at the time. The girl replied that they have a price list, so the price is only for 4 hours and they will not change this price because we have a price list.

I took out my phone and said that I wanted to take a video of this room to see if it would be suitable for the brand's “Dad Workshop”. The girl grabbed my hand and told me that it was forbidden to take pictures in the hotel. I say, then I'll be shooting her and she took her hand off. She ran away and began to tell us that the guest is above everything. And I say ”no, for you procedure is above all”. And a little disappointed, we went to the room. We were standing in the elevator and were about to press the button and at this moment we heard some screams of " Wait”. Three people come running: the hotel Manager, the receptionist, and someone else.

I was sure the hotel Manager would say the following right away: "Friends, if you need to rent a room, make a post that you are in this hotel, make a mention about us and don't even pay anything. But! They started telling us off!

Always remember that a person has a smartphone

I can't imagine such a situation abroad. My wife and I were vacationing in Spain at a winery where an expensive hotel was located. But it wasn't expensive based on where the building was geographically located.

The fact is that every person who was there, including the person who opens the door and helps with suitcases, broadcasts love on to the guest. From a random employee to a Manager, etc. the guest felt that they were loved.

— I think that Ukrainian hoteliers will read this interview on a blog or see it on a youtube channel and try to change the situation at their facilities so that Ukrainians and foreign guests want to come to us.

— If they don't want to hear it, they might not listen. They'll just go bankrupt faster. Adam Smith also wrote about the invisible hand, the power of the market, the power of supply and demand. The consumer will do everything himself: he will say that there are not enough stars and something else. He votes with money and content for this business. They can always complain or leave their feedback.

— Thank you for the conversation.

Як змінився готельний сервіс під час війни
10 minutess
2022 through the eyes of Ribas Hotels Group
7 minutess
How to keep the team motivated in the conditions of war
7 minutess
Contact us!