The 8th hotel from the international brand Radisson Hotel Group has opened in Odessa. There was a complete reboot of the Milano Hotel, and after that the Radisson City Centre Odessa appeared. The view of Deribasovskaya Street, walking distance to the sea and the famous Privoz is an ideal place to relax in Odessa.

The Radisson Hotel City Centre Odessa has 90 rooms ready, there is a Gatto Nero restaurant with two dining rooms, with a capacity from 30 to 85 guests, a cozy courtyard and a conference hall for 85 people.

The complete upgrade of the Milano Hotel has brought an absolutely new concept of the hotel business to the city. Artur Lupashko, founder of the Ribas Hotels Group hotel chain, interviewed Marco Sartori, co – owner and director of the first Radisson Hotel in Odessa. In the new issue on the YouTube channel Ribs Rooms: all about the hotel business, you will see a tour of the Radisson City Centre Odessa, as well as learn about the values and management policies in the famous Radisson hotels.

"There is a 50 kilogram book with standards, on which I have been sleeping for the last year and a half. The standard is a very important topic, because if a network wants to give its guests the same level of quality and service everywhere, then there must be some kind of law. This law is the Radisson Standard"- says Marco.

The Radisson Hotel Group has a book of standards that guides all hotels of the chain in different cities. This is a list of rules, instructions and a brand book in one edition. Thanks to the standards, the hotel guests receive the same high quality of service both in Brussels and in Odessa.

The Radisson management puts the fire protection system and safety at the first place. The standards prescribe the rules for the installation and location of ventilation systems, air conditioning and heating, which are not amenable to compromise and discussion.

An important point is to provide the guest with the most comfortable accommodation. This is manifested in high-quality sound insulation and ventilation, convenient logistics around the hotel, the opportunity to have a delicious meal without leaving the room and in receiving qualified service from the staff.

"The goal of the Radisson Hotel Group is to keep the standards at the same level in all hotels of the chain. Then I, after the Radisson in Barcelona and having arrived in Radisson Odessa, will feel at home."

According to Marco, the Milano Hotel has undergone a complete transformation. All rooms and the hall were repainted in different colors, wallpaper, decor, furniture, equipment were changed according to Radisson standards. This was a prerequisite for the hotel's entry into the Odessa market. The main office provided lists of certified companies where you need to buy appliances, furniture, plumbing, finishing products, lighting, etc. These companies produce products that fit the Radisson standards. For example, the group recommends buying LG brand TVs, because they have the necessary characteristics to configure the "Welcome guest" system. This is a personal welcome screensaver on the TV when a guest comes to the room.

In the Radisson Hotel City Centre Odessa, as in the entire chain, they pay attention to every detail of the interior. Color, shape, size – everything should be in the same style. Despite the recommended standards for equipment, Marco still managed to negotiate a compromise and he kept some of the furniture from Milano in the hotel.

At first glance, it seems that Radisson is too bothered with the number of rules and requirements. But in the end, it's worth it. Thanks to the standards, the guest will always receive excellent service in all Radisson hotels in any country. 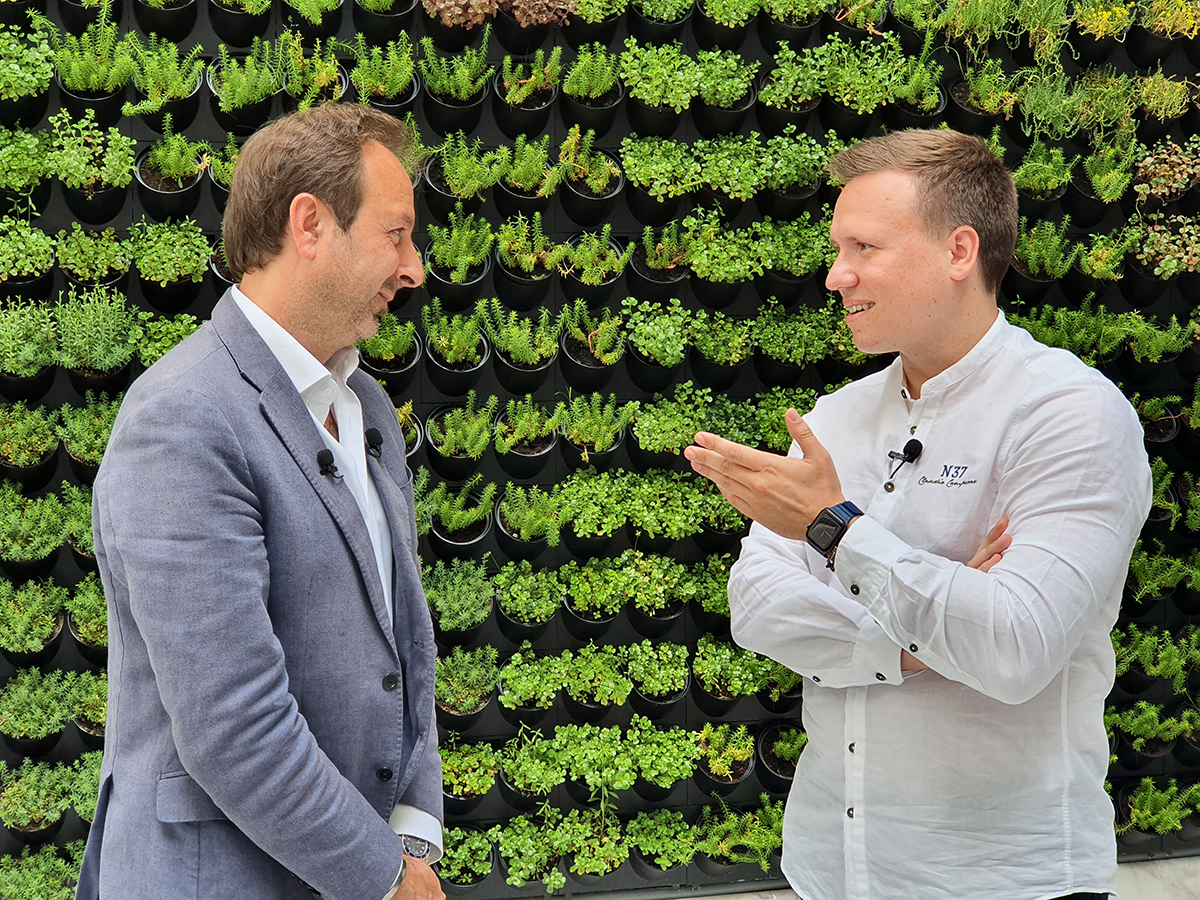 "To build a Radisson hotel at the level of Radisson with the Radisson service. It was a very interesting experience for me&rdquo", – Marco Sartori shared his impressions.

The Radisson Hotel Group has standards not only for the construction and arrangement of the hotel. They also developed a management protocol. Management from Radisson is a really high level. Marko said that before the launch of the hotel in Odessa, colleagues from other hotels of the chain came to him to train employees of different profiles: how to organize breakfast, manage at the reception, sell and conduct marketing. Radisson specialists constantly train and support their newly minted colleagues, because the network is interested in cultivating qualified managers.

Radisson Hotel City Centre Odessa has a head in each department: food and beverage director, housekeeper, technical director, marketing, head of sales department and so on.

There is a link in the organizational structure, under the reliable wing of which the entire hotel is located. This is the general manager. The general manager is offered by the head office of Radisson. Mandatory requirements for a candidate: have sufficient knowledge in all areas of the hotel's activities and understand the mentality of the city. Most often, the general manager is the linear employee of the hotel who has been moving from one department to another, increasing the level of knowledge and moving up the career ladder. Thanks to this development inside the hotel, a person understands the inside of each sphere and sees a "big picture” that allows him to control colleagues.

The general manager should know everything that happens at the hotel: from the list of breakfast dishes to advertising activities for the next month. In addition, he constantly keeps in touch with the director of the hotel, Marco Sartori and Radisson colleagues from other cities. The general manager has the authority to independently assemble a team for himself without anyone's approval. But if there are no suitable candidates on the market, he turns to the main office or sister hotels to help them find a specialist.

There is a close connection between the hotels of the chain, which deserves respect. It looks like a family in which everyone supports each other and helps out in difficult situations.

Training at the Radisson Online Academy

The real wikipedia for the network is the Radisson online Academy, which is presented in the main languages of the markets where the hotels are located. This is a resource where each employee can study both for their main profile and for any other. Thus, Radisson gives an opportunity to develop all its specialists without restrictions. For example, an engineer can study the field of cooking or learn more about income optimization. This is a growth that can later lead a line employee to the position of department head.

In addition to the online academy, Radisson often conducts offline training. The lecturers are colleagues from other hotels of the chain. For example, before a security audit, a certified security expert comes to the hotel and trains employees from the relevant department.

If you go to ten different Radisson hotels, you will get pretty much the same feeling. And it's great to come to an foreign city and feel like home with an old friend. That's why Radisson has all these standards, protocols and training – to give the guest maximum comfort and a sense of security, regardless of the city and country.